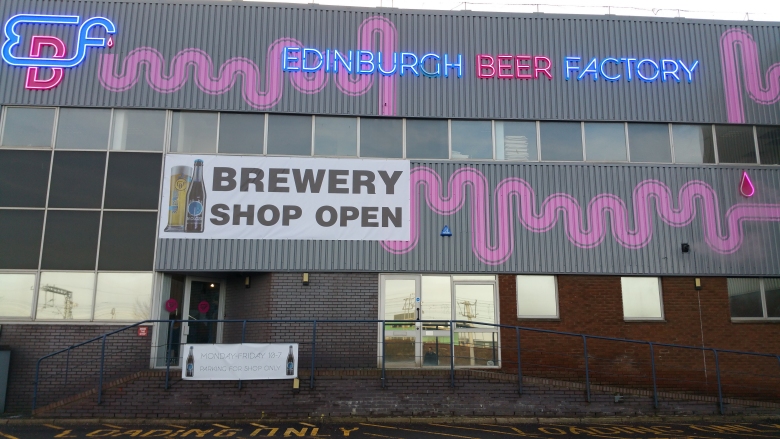 Former Scottish & Newcastle and C&C Group chief executive John Dunsmore has, with his wife Lynne, and daughter, Kirsty, opened a craft brewery in their home city of Edinburgh called The Edinburgh Beer Factory.
Edinburgh Beer Factory is “an unashamedly modern, urban microbrewery” housed in a converted industrial unit in the west of the Scottish capital. The modern art brewery is conveniently located on the tram line at Bankhead making it an ideal location for tourists to visit and with high visibility to promote the brand.
Mr. Dunsmore said: “We think there is great momentum for new starts to catch the imagination of consumers and there is great momentum in Craft Beer. With a family-owned business there’s no compromise driven by external shareholder pressure – you can make the right decisions based on strong values and a long term perspective. 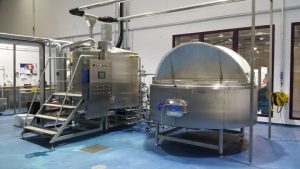 The new brewery was supplied by Enterprise Tondelli as a turnkey project. This included the brew house along with cellar, bottling line, kegger and all services. Manufactured in Italy by Simatec of Turin the new brewhouse has the advantages of low hot oxidation, reduced filtering, high extract efficiency and a very fresh taste profile for the beer. This is achieved in a number of ways such as only transferring the wort twice, coupled with the use of a lauter with special lifting rather than cutting rakes. In addition a very flexible computer controlled system means that step mashing is possible as well and the possibility to get extract from fruit and nuts etc. The steam control allows the steam temperature to be regulated by changing the steam pressure so that many different types of beers can be produced from Pils to stouts that can benefit from caramelisation. 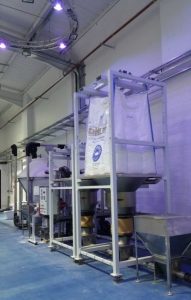 Automatic grain handling allows the use of 1 tonne bags feeding to the mill with smaller hoppers for minor ingredients addition before feeding to a grist case/mash tun. Additionally automatic spent grain removal means that the plant is not labour intensive. Production can easily be increased due to the unique modularity of the brew house system.
All of the tank farm comprises cylindro-conical vessels for maximum flexibility and range from 12 hl, 24 hl and 48 hl to allow different batch sizes to be produced as required. Special 0.8 mm internal skins on the tanks mean that the glycol used for cooling has a high velocity for more accurate cooling temperatures to be set. Typically a 48 hl tank has only 50 litres of glycol in the jacket.

Mr. John Dunsmore said “ we are very pleased with the brewhouse provided and the experience that Simatec have in being both a brewhouse manufacturer and also an award winning brewery in their own right really showed through”

The ART of Beer

Inspiration for the first beer was taken from Eduardo Paolozzi, who was born in Leith – and is regarded as the Father of Pop Art. Paolozzi believed in combining contrasting ideas and ordinary objects to create something special. He described it as creating the “sublime in the everyday”. He believed in the dynamic of art meeting science. And he believed in the unconventional. Paolozzi is thus a great inspiration for Edinburgh Beer Factory in setting up its business. 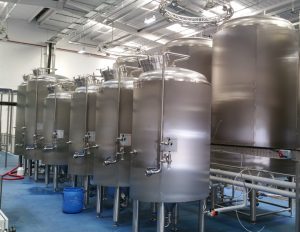 The aim is to turn new people on to beer. They state “like Paolozzi, our beer’s a little different, but open to all and crafted into a thing of beauty. In return for his inspiration and artwork, we pay a charitable donation to the Paolozzi Foundation for every beer we sell”

The brewery has started with lager. That most taken for granted, everyday of beers is actually one of the most complex from a brewing perspective, and given due care and imagination really can be sublime. The brewery says it has blended an historic Munich style and applied Italian innovation to it, and with some great brewers fresh from the Heriot-Watt University brewing course, giving it a new lease of life. “[It is] a light lager. It has a delicious fresh smell, as it is not pasteurised. . It is very pale gold and is clear and sparkling. It is very finely bitter-sweet balanced.”
Already the beer has one several awards such as Time Out Top 5 Craft Beers in Edinburgh, Scottish Beer Awards who nominated it in their Best Lager or Pilsner of 2016 category and also a Gold Medal from Siba (Society of independent Brewery Association) – twice. 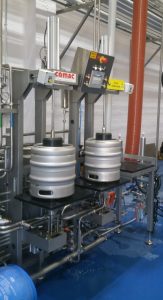 Secondary packaging of the beer is carried out by a twin head kegger with on board caustic and hot water tanks for 30 litre kegs supplied by Enterprise and manufactured by Comac Spa of Italy. Enterprise can supply from single head keggers right to up to some of the fastest keg lines on the market for 1,600 kegs/hr and everything in between. A bottling line was also supplied with three station rotary labeller and filler with double pre evacuation. The filler is monobloced with a rotary rinser and single head crowner located in an enclosed unit. A drier from Eurosistemi followed by a Shrinkwrapper completes the package.
An ice bank type refrigeration unit was used which reduces running cost as it makes a charge of coolant with the refrigeration compressor over a 24 hour period which is then used to cool the wort during brewing as well as the tank farm. Water services such as water treatment plant, hlt, clt etc complete the Brewhouse.

Craig Wilson Managing Director of Enterprise Tondelli UK stated “ the project posed some challenges but working together with the Edinburgh Beer Factory excellent project management team ensured that these were overcome and now some great beer is being produced.”

Enterprise Tondelli supply modular brew houses from 3 hl to 96 hl for up to 12 brews per day along with packaging plants. From Single machines to complete turnkey projects – www.enterprisetondelli.co.uk
Brewing is an art and The Edinburgh Beer Factory is a studio. The modern art brewery at Bankhead is a stainless steel totem to modernity. With good old-fashioned care, time and creativity thrown in, you’ve got an exciting combination. We’ll only produce beers we think we can genuinely brew better than what’s already out there. Creative; never dull.
Find their beers at http://edinburghbeerfactory.co.uk

Beer Re-made by Edinburgh for the World