TEMPEST BREWING CO. “CANNED HEAT” – THE WAIT IS NOW OVER

The Winds of Progress

The Tempest Brewery core range of beers is now available for the first time in 330 ml cans following the installation of a new canning line from Enterprise Tondelli – suppliers of canning, bottling and kegging equipment.

“The Tempest core range has been rewired and redesigned to reflect the artistry that goes into every beer and the transcendent feeling you get when you first taste them. Their beer has the power to take you to another place, and that sense of place was central design process. Each beer belongs to a different world: from the burning skies of Texas to the cold North Sea, we wanted to cut through the brash, wacky aesthetic that is beginning to define craft beer” says Tempest Brewery.

Tempest – History of the Brewing Storm 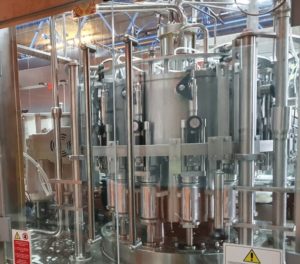 But the story really began back in 2010 when Gavin and Annika Meiklejohn met in a brewpub in Canada before travelling the world together and finally settling down in New Zealand. It was there, while working as a chef, that Gavin began home brewing in their garage in Christchurch.

“We were making beer in New Zealand and my friends would come over from Scotland and ask why they couldn’t buy beer like this back home,” says Gavin founder of Tempest Brewery. That was all the motivation needed to move back to Scotland and make beers that could match the quality of Gavin’s culinary creations. Starting with a 10-barrel brewery they quickly needed new premises so they relocated in at Tweedbank Industrial Estate in Galashiels, Scotland.

The brewery has gained recognition for its cutting-edge approach to brewing and produces small batch-brewed beers full of depth and flavour and in 2019 were rated by rate-beer as one of the 100 best breweries in the world. Tempest beers are available in cask, keg, bottle and now 330ml cans. The new cans are available online at https://www.tempestbrewco.com as well as bottle shops across the UK and beyond.  In 2019 they became the first brewery in the UK to join 1% for the planet and donate 1% of sales through a mix of monetary, in-kind and approved promotional support to environmental non-profits. This means getting involved in various projects to offset their carbon footprint and connecting with local environmental causes; although they don’t like to talk about their charity work either. 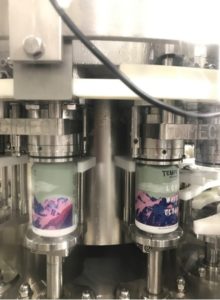 Having bought a bottling line in 2014 from Enterprise Tondelli the next logical next step was the move to canning and the decision was made to purchase a new canning line also from Enterprise. The complete line supplied by Enterprise consists of a low level rotary depalletising table feeding an in-line can rinser also at low level which makes it easier to access. The can rinser can use de-aerated liquor to reduce oxygen pick up or alternatively air to reduce effluent impact. The rotary buffer table allows the operator to pack filled cans as well.  Additionally, an empty can labeller was supplied for flexibility of short runs although volumes are such that printed cans are currently being used.

The 12 head rotary counter pressure can filler is monoblocked with two seaming stations and can handle 330ml, 440ml and 500 ml containers. Low DO is critical so a number of features have been incorporated such as, empty can flushing with CO2 from a separate manifold rather than the bowl. This ensures pure CO2 is used and with a different pressure to the filler bowl CO2 for maximum flexibility. There are also two pre-flushing phases. The filling valve is an evolution from the field proven level filling valve found on the craft bottle fillers that Enterprise have been supplying for a number of years.

On the filler discharge a CO2 tunnel bubble breaker along with under cover gassing is fitted before the can lid is applied. The can lid also has a CO2 jet to remove any dust on the can end. The seamers use proprietary chucks and are controlled by a mechanical cam driven by an inverter-controlled motor for reliability and repeatability which can be a problem on pneumatically controlled systems. The filled cans proceed to the packing area on Enterprise supplied conveyors. 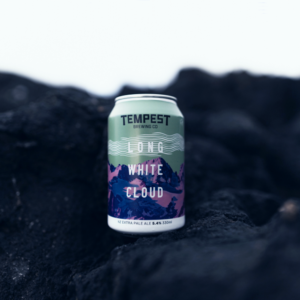 “I’m really pleased with the quality of fill, we have been getting consistently <20ppb fill pick up and regularly 10ppb, we’re running the machine at 2200-2400cph which is a nice speed for operators.” Said founder Gavin Meiklejohn.

Change parts can be fitted for different can bodies and ends along with a special section for nitrogen injection for still products. Enterprise also supply a high level can de-palletiser for tall stack cans. The craft can filler range from Enterprise has two sizes currently 1500cph and up to 3,000cph. In addition, their larger can filler ranges feature flow meter filling up to 80,000cph and can be supplied as standalone fillers or part of turnkey filling lines.

Craig Wilson – Managing Director of Enterprise Tondelli said that “Tempest Brewery are a great customer to work with and we look forward to working together in the future. This cost-effective range of can fillers offers a real opportunity for some of the smaller brewers to take control of their production schedules, reduce carbon footprint and enhance the quality of their products from start to finish”.